Every medium is a context for a message, with characteristics that shape any narrative it conveys. At the same time, every medium has its own contexts: historical, cultural, and technological. These two assertions could not be more relevant in the case of what we call “virtual reality” (VR) – and an understanding of the various aspects of these contexts is valuable when imagining and designing VR experiences. 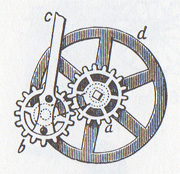 This is a story from a long time ago. It has come up again and again in various contexts, but the message, the meaning, remains consistent; an essential concept that remains relevant to just about everything I do:

Years ago, in art school, one of my studio classes was a drawing workshop led by Professor Walker. Usually a session involved three or four hours of drawing in charcoal or pencil or ink, often with models. From time to time there was a lecture before we started working, and on one occasion we arrived in the studio to find an array of varied images tacked on the wall – ranging from student works to recognizable drawings by well-known masters. The professor announced that we’d be having a discussion before we started drawing that day, and the topic was a simple question: “Look at all these images … and I want you to tell me which ones are … art.”

the face of the Coachella astronaut 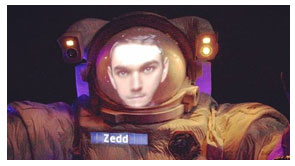 Earlier this year I joined the Poetic Kinetics team as they created a 50′ tall animated astronaut for the 2014 Coachella music and arts festival. This massive art piece included fully articulated arms and hands and was able to move from stage to stage and all around the vast festival environment. During the day, the astronaut’s helmet visor was covered with a reflective gold cover (as we’ve seen in photos of NASA astronauts) – but at night, the cover could be removed, revealing a curved rear-projection surface. Working with our friends at Pearl Media Productions, we designed and installed a multiple-projector system that could fill the astronaut’s visor with dynamic images. This gave us a large-scale canvas to work with for visual effects. 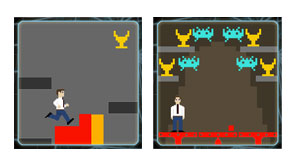 In April the CNI team was in Las Vegas for Interop ’14, presenting the latest installment of the “infinite game” series, titled “The New Rules of the Infinite Game.” This presentation was built upon the story we developed for networking company Brocade and presented at Supercomputing 13 and VMworld EMEA in Barcelona.